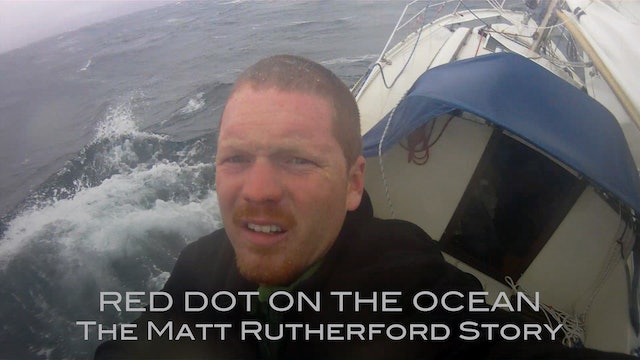 Red Dot on the Ocean: The Matt Rutherford Story

Once labeled a “youth-at-risk,” 30-year old Matt Rutherford risked it all in an attempt to become the first person to sail alone, nonstop around North and South America. Red Dot on the Ocean is the story of Matt's death-defying voyage and the childhood odyssey that shaped him.

"Red Dot on the Ocean portrays the story as triumph over adversity and wayward youth....we learn that he spent part of his childhood in a cult and struggled with ADHD. That condition may have led him to -- and helped him thrive in--the adrenaline highs of sailing.... Plays like an upbeat, real-life “All Is Lost,” as Mr. Rutherford, with relatively simple sailing equipment, contends with setbacks and the elements."
-- Ben Kenigsberg, NEW YORK TIMES

Matt Rutherford’s childhood was fraught with obstacles. He grew up in an obscure Christian cult, struggled with ADHD and learning disabilities, was in drug rehab at 13, lived on the streets, and in juvenile detention. While attending a special high school, Matt discovered that he actually liked to learn and developed a passion to see the world.

"Director Amy Flannery balances the footage of the Rutherford's voyage with background information about his troubled childhood.... Both his childhood and his voyage are compelling....The way that he changed his life 180 degrees after being a street punk feels quite inspirational and poignant."
-- Avi Offer, NYC MOVIE GURU

After graduating, Matt taught himself how to sail, crossed the Atlantic alone to Europe, sailed south to Africa, then back across the Atlantic. Along the way he read about Ernest Shackleton and other Arctic explorers, and became obsessed with sailing the Northwest Passage -- the once impassable ice-clogged waterway that joins the North Atlantic with the North Pacific.

"It's an inspiring tale, to be sure.... Rutherford is an engagingly charismatic, charmingly self-deprecating figure...."
-- By Frank Scheck, THE HOLLYWOOD REPORTER

In June 2011, Matt departed on an incredible, death-defying voyage to sail nonstop around the Americas. On an old, scrappy 27-foot sailboat he spent the next 309 days alone at sea. He braved the icebergs of the Arctic and the treacherous waters off Cape Horn.

"This is a remarkable film, one of the best sailing documentaries ever produced.... What makes this story so engrossing, though, is that the sailing part is only half the tale...."
-- Herb McCormick, Senior Editor, CRUISING WORLD MAGAZINE

"Once a depressed, unhappy kid, Matt Rutherford overcame a rough childhood before sailing to the Arctic and beyond....Director Amy Flannery's movie opens in gripping fashion, with a clip of Matt's 38-year-old Albin Vega, St. Brendan, pounding to weather....Ten minutes into the film, Flannery shifts tacks and we learn of Matt's first brush with the law; it won't be the last. From that moment forward, the parallel storylines of Matt's boyhood and adolescence, and his emergence as a sailor...are deftly interwoven."
-- Herb McCormick's Latest review from CRUISING WORLD MAGAZINE January 2015

Before he left, professional sailors called him crazy and declared his proposed 27,000-mile journey “a suicide mission”. But Rutherford proved them wrong. He brought back remarkable video footage and audio logs, raised $120,000 for charity, and entered the record books.

"Endlessly engrossing....It's hard to get more inspirational than the real-life voyage of Matt Rutherford....Documentarian Amy Flannery gives us a feel for the constant pounding of the waves in rough water, juxtaposed with the dangerous beauty of icebergs....You can't help but be gratified at this eminently nice guy's amazing accomplishment."
-- Frank Lovece, FILM JOURNAL INTERNATIONAL

How does a troubled youth become a sailing legend? Ask Matt Rutherford. His story is full of surprises and makes us all feel we can do more than we ever imagined.

"In a word: inspiring....It deserves to become a classic….I found myself on the edge of my seat, my heart racing…."
-- Andy Schell, 59-NORTH.COM, contributing editor SAIL MAGAZINE

This series follows Matt's second research voyage in 2015-2016 along Greenland's northwest coast above the Arctic Circle. Matt and his crew, as part of a 5-year NASA project, collected seawater samples in dangerous, narrow, ice-clogged fjords. These samples helped NASA to detect warm columns of seawater that may be contributing to Greenland's ice pack melt. During the voyage, the crew also dispersed electronic devices to count iceberg calving and trolled for microplastics in Baffin Bay to discover a new plastics gyre in the Arctic sea. 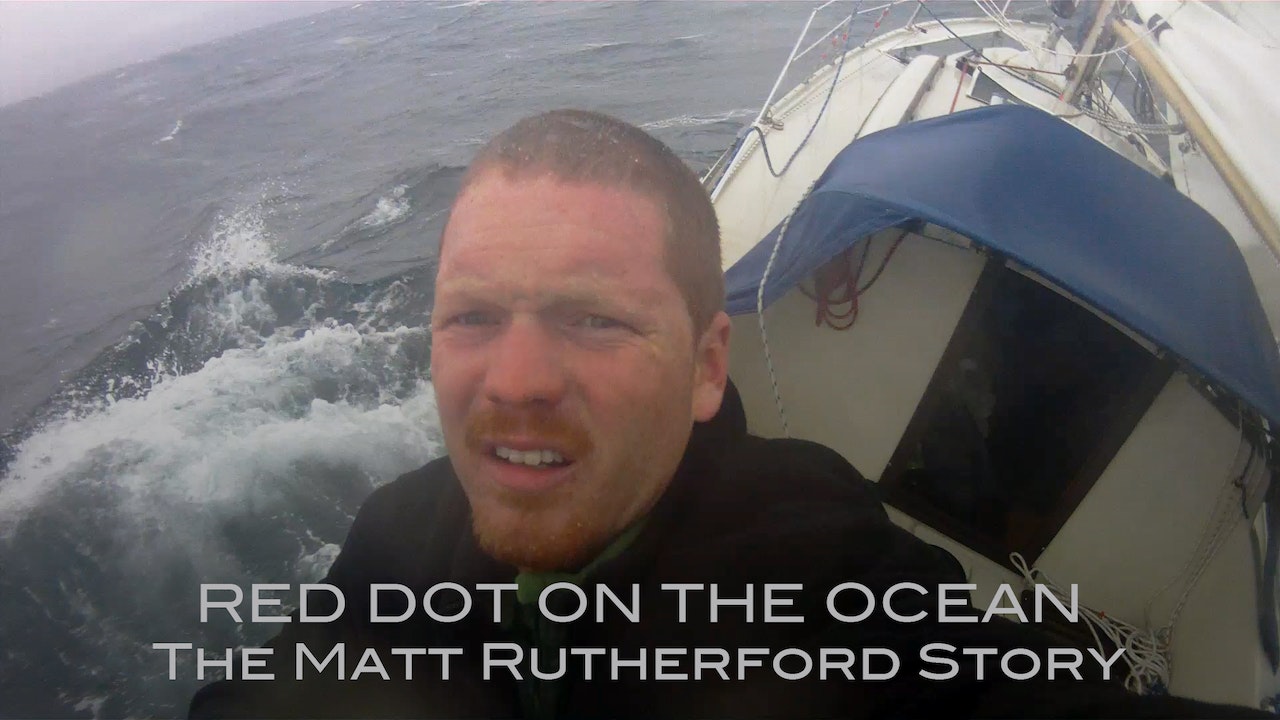