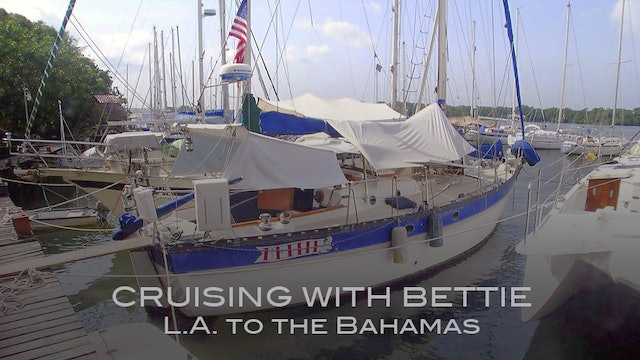 Cruising with Bettie: L.A. to the Bahamas

A film by Bob Steadman with Kaye Nottbusch
Join Bob and Kaye aboard their 36 foot sloop, "Bettie" as they cruise from Los Angeles to the Bahamas via the Panama Canal. This is a fast-paced documentary with gorgeous photography that will give you a first hand look at the cruising lifestyle.

Visit the sparsely populated offshore islands of Baja California, take a dinghy tour of Tenecatita's mangrove. Check out daily life in Manzanillo, Mexico, and the churches and ancient ruins in Oaxaca. Visit Huatulco's pristine bays then sail across the dreaded Gulf of Tunantepec to El Salvador's protected estuaries. Stop in Costa Rica for spectacular diving then hi-line through the rain forest canopy. Transit the Panama Canal and cruise up a jungle river. Stop in historic Portobello where Spanish treasure ships once docked. Sail among the remote San Blas Islands and visit with indigenous Indians. Make a port call in the cruisers' crossroad city of Cartegena, Columbia. Avoid near disaster at Isla San Andres. Stop in the beautiful Bay Islands of Honduras then sail to the Bahamas for the famous Family Island regatta.

About Bob and Kaye
Bob Steadman was a highly acclaimed Hollywood cinematographer. He last gig was as technical consultant to the Director of Photography on the feature, Body of Lies directed by Ridley Scott and starring Leonardo de Caprio and Russell Crowe. Bob past away in late 2010. His family and friends scattered Bob's ashes in his beloved Pacific Ocean. We had the pleasure of sailing with Bob and Kaye when they visited the Chesapeake Bay. Bob, Fair Winds and Following Seas.

Kaye Nottbusch is a Hollywood wardrobe designer and sailor. She has many feature film and TV credits.

About "Bettie"
"Bettie" is based on a Cascade 36 hull. It was custom molded for Bob by Yacht Constructors in Portland Oregon back in 1978. Four years and lots and lots of man hours later Bob splashed her. "Bettie" has a raised freeboard that allows for a flush deck design. Bettie continued to cruise with new owners, a young couple exploring the pacific. See their blog at http://bettiedelmar.blogspot.com/

Cruising with Bettie: L.A. to the Bahamas is also included with Amazon Prime Video.
https://www.amazon.com/Cruising-Bettie-L-Bahamas/dp/B001F0FK68 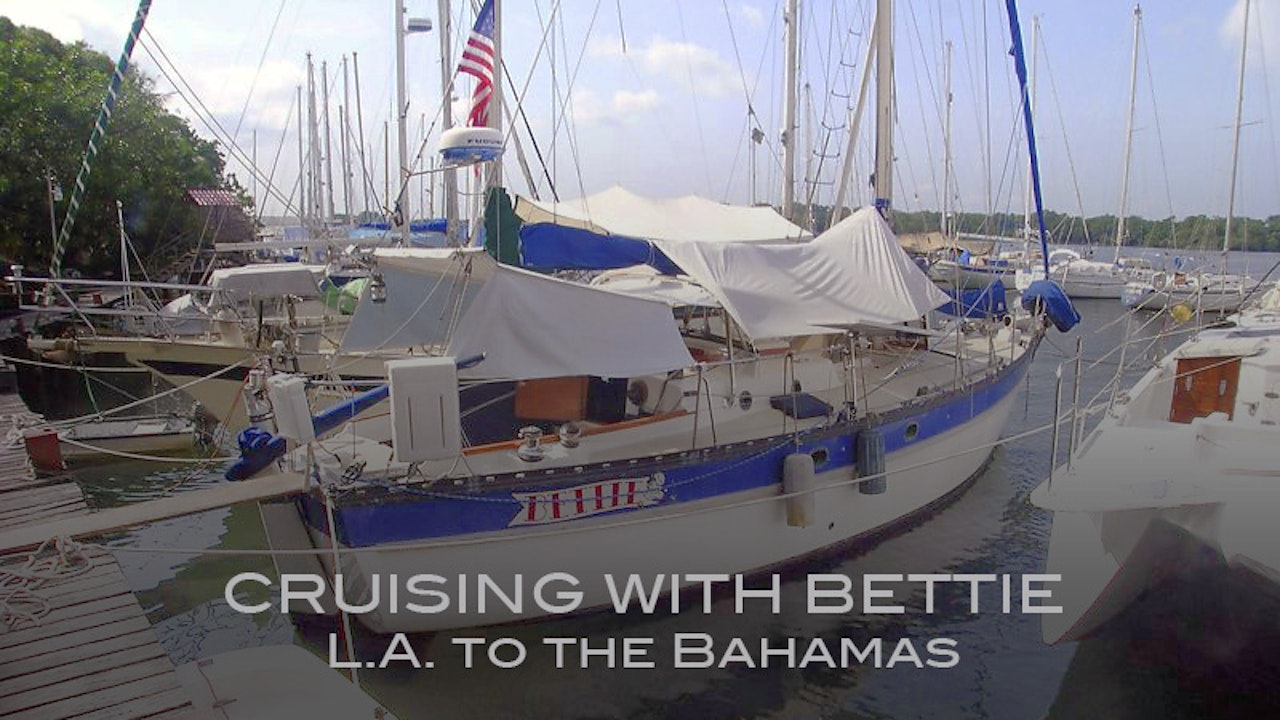