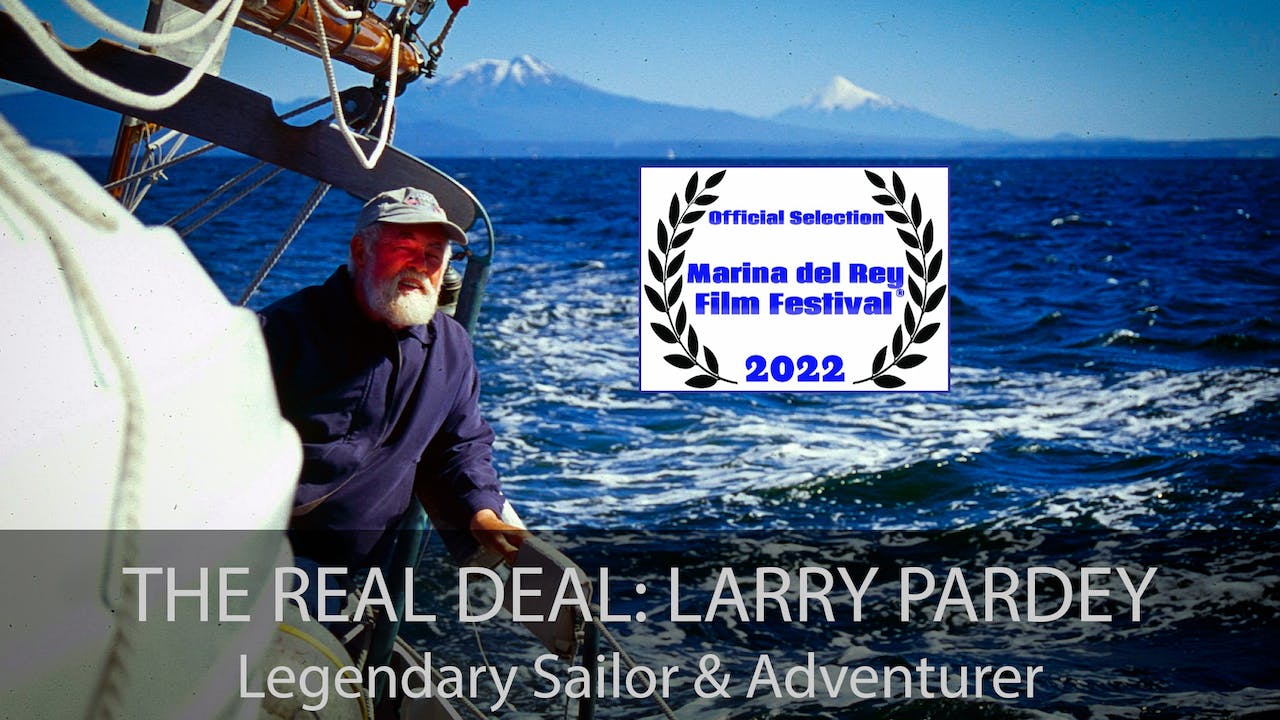 From the stormy seas of Cape Horn to the wilds of the Sahara Desert, few modern sailors have seen more adventures nor inspired more dreams than Larry Pardey. Sailing more than 200,000 miles and circumnavigating both east-about and west-about in engine-free boats he built himself, co-authoring 12 books and creating 5 videos, Larry has been called “the Enabler” and “the man who launched 50,000 dreams.”

The Real Deal, is an intimate profile created by Mike Anderson, a longtime friend. The crux of the tale is the Pardey’s voyage to and around Cape Horn, the so-called “Mt. Everest of Sailing.” Along with at-sea footage, interviews with a variety of friends and associates, and archival film clips and photographs, the story is narrated via quotes from sailing writer Herb McCormick’s critically acclaimed biography of the couple, As Long as It’s Fun.

Lin Pardey provided access to dozens of hours of previously unseen video footage shot by her and Larry during their voyages, including from their record setting, engine-free passage east from the Atlantic to the Pacific through the Straits of Le Maire and The Horn. “Mike has done an amazing job of gathering photographs from Larry’s earlier Newport Beach escapades” Lin stated. “And he used some great ones of his own, taken when we were building Taleisin in Bull Canyon, our hideaway in the hills behind Lake Elsinore, California. But best of all, Mike has gathered video and interviews from some of the people Larry encouraged and helped along the path to their dreams. This bio-doc has definitely caught the sometimes wild, always adventuresome, warm spirit of the man who shared his life with me.”

After the sneak preview of The Real Deal at the Port Townsend Wooden Boat Festival, The Real Deal will be formally released October 14, 2021 to coincide with the opening of the Annapolis Sailboat show. DVD and thumb drive versions will be available at The Boat Galley booth M5 at the Annapolis Sailboat Show. It can be purchased as a Download or Streaming rental from TheSailingChannel.TV's Vimeo On Demand platform and will be included with the Pardey Video Collection on TheSailingChannel.TV subscription service, www.sailflix.com. Blu-rays and DVDs will be available on TheSailingChannel.TV and through www.paracay.com.