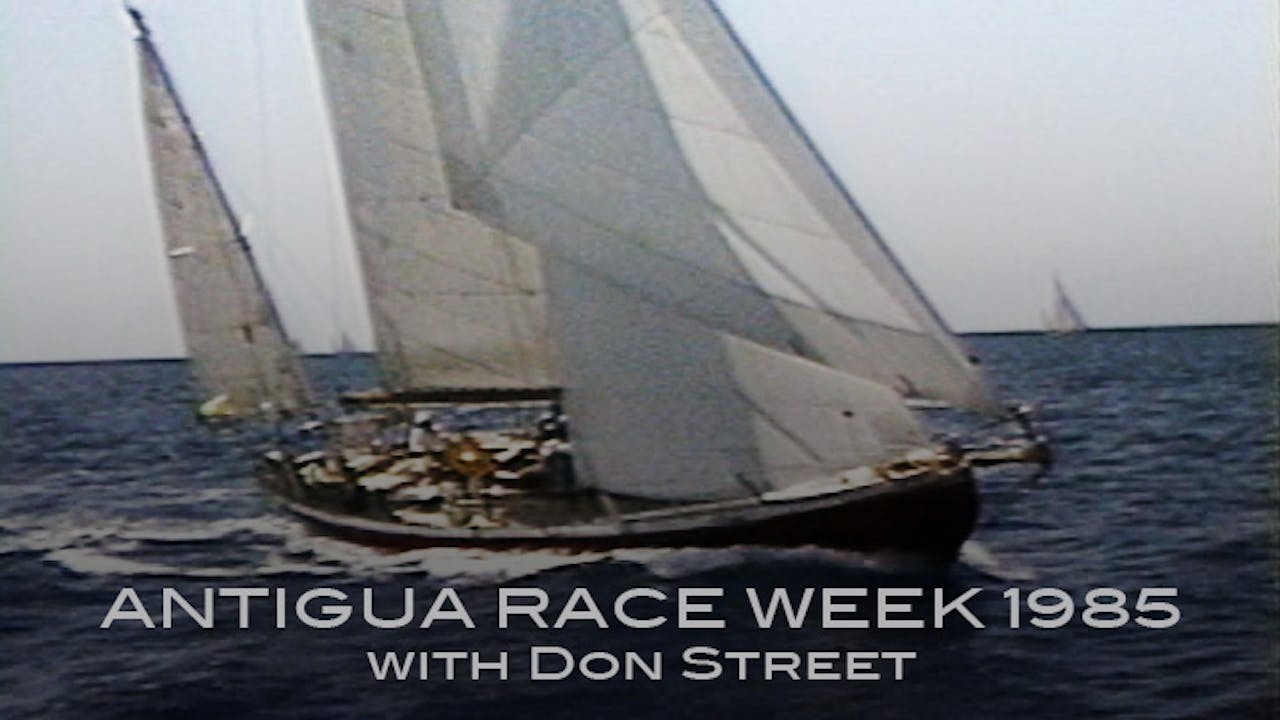 A film by Charles Croft with Don Street
A one hour award-winning documentary which lets you share the intense sailing action aboard Don Street's 80 year old, 44 foot, engineless yawl, "Iolaire" during Antigua Sailing Week 1985, Iolarie's final appearance in one of the world's top sailing events.

In 1985, Don Street's legendary 46 ft. engineless yawl, "Iolaire" was 80 years old having been built in 1905. Don had sailed and raced her throughout the Caribbean for forty years while he developed the famous Imray-Iolair charts and the first comprehensive cruising guides that opened up the Caribbean to modern sailors. Antigua Sailing Week races became an annual event for Street and Iolaire since the first regatta in 1967. In 1985, Street decided to retire Iolaire from racing and they both went out in style, finishing only 5 points out of first place at race week's end. This award-winning documentary shows you what Caribbean racing was like in its golden years when the skippers all new each other and racing was fun not business.