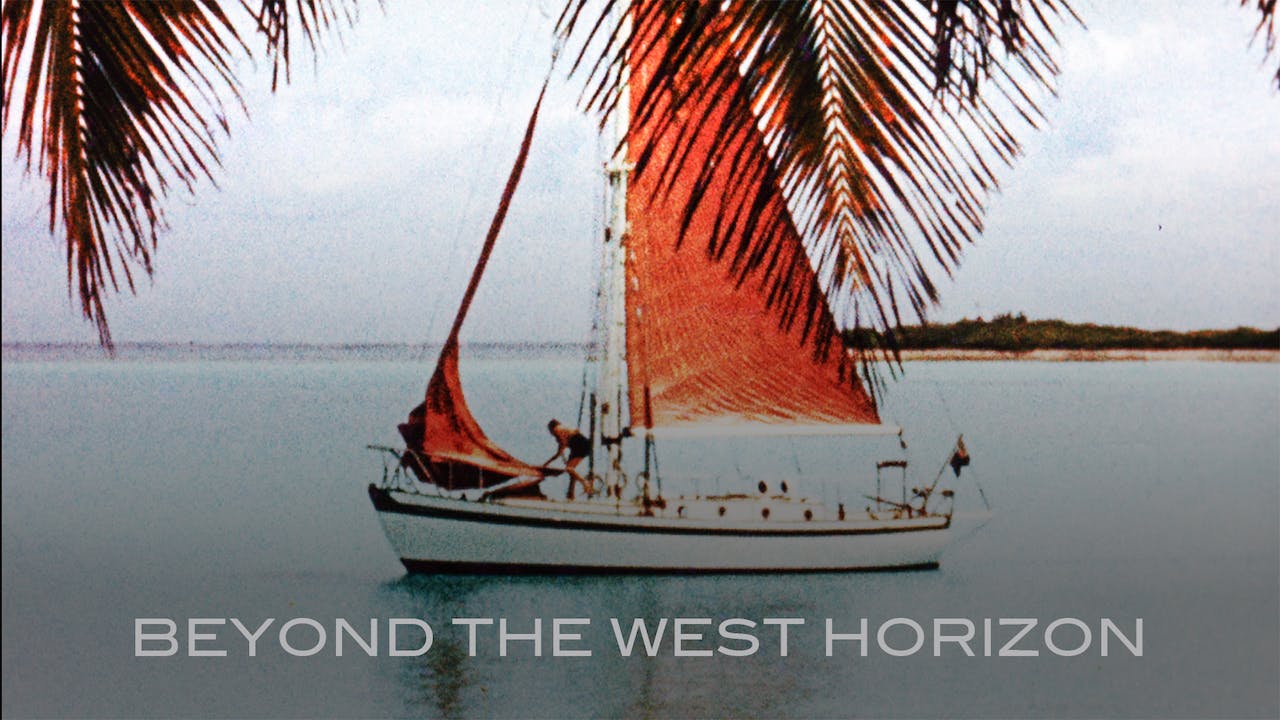 Beyond the West Horizon

A film by Eric and Susan Hiscock.
In the late 1950's, very few "middle class" sailors had taken small sailing craft on long voyages. British Sailors, Eric and Susan Hiscock became pioneers in making long trans-oceanic passages in a small sailboat to what was then quite remote destinations. Their sailing adventures paved the way for future generations of cruising sailors who would follow in their wake, making blue water passage-making the more common experience it has become today.

Working with the Beaulieu Film and Video Library at the UK National Motor Museum Trust, TheSailingChannel.TV has restored "Beyond the West Horizon" and digitally remastered it to HD.

ABOUT THE HISCOCKS
The Hiscocks shared their sailing adventures in several books and made this 16mm color documentary about their 3-year circumnavigation aboard their 30 foot wooden sloop, Wanderer III. The couple departed from Yarmouth Isle of Wight on the 19th of July 1959 and returned on August 8th, 1962. Prior to their departure, the BBC provided some camera training, a 16mm windup camera, and 4000 feet of color film stock. During their 30,189 mile circumnavigation, Eric and Susan meticulously filmed their voyage and their many land falls. On their return, the BBC edited a 91-minute documentary based on a script and narration written by Eric. The finished film aired on BBC television in January 1963.

FREE EXTRAS
Interviews with Lin & Larry Pardey about their friendship with the Hiscocks; and Thies Matzen and Kicki Erickson, longtime adventure sailors and current owners of Wanderer III, the vessel sailed by the Hiscock and featured in their film.

**** NEW **** We now have an interactive DVD available of Beyond the West Horizon. It includes a Ports of Call menu that you can explore interactively plus the two Extra Interviews with the Pardey's and Kicki & Thies.
$19.95USD plus S&H.
https://www.thesailingchannel.tv/product/beyond-west-horizon-dvd/
****************