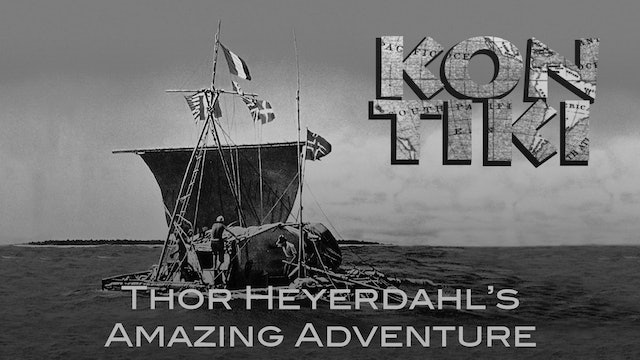 Kon-Tiki - A film by Thor Heyerdahl (B&W)
1951 Academy-Award for Best Documentary.
This classic 16mm documentary captures both a sea adventure and a scientific test of ancient sailing techniques. It changed views on where the peoples of polynesia originated.

ABOUT THE VOYAGE
On 28 April 1947, a raft made of balsawood carrying six men and a parrot sailed out of Callao, Peru. Its skipper was the then 33-year-old Thor Heyerdahl, and their destination was Polynesia. The expedition was a result of the theory Heyerdahl had been pondering ever since his stay on Fatu Hiva: this group of islands in the South Pacific could not have been populated solely by peoples from the west. It must also have been populated by indigenous South Americans. Among the circumstantial evidence Heyerdahl pointed to, was the story of Kon-Tiki Viracocha, a native chief who, legend has it, sailed west from Peru into the sunset on a large balsawood raft.
For a complete history of the expedition, visit https://www.kon-tiki.no/expeditions/kon-tiki-expedition/

ABOUT THOR HEYERDAHL
Norwegian, Thor Heyerdahl (1914–2002) is one of history’s most famous explorers. In 1947 he crossed the Pacific Ocean on the balsawood raft Kon-Tiki. This was his first expedition to be captured on film. He later completed similar achievements with the reed boats Ra, Ra II and Tigris, through which he championed his deep involvement for both the environment and world peace. Learn more about this intrepid explorer and all of his expeditions the Kon-Tiki Museum website, https://www.kon-tiki.no 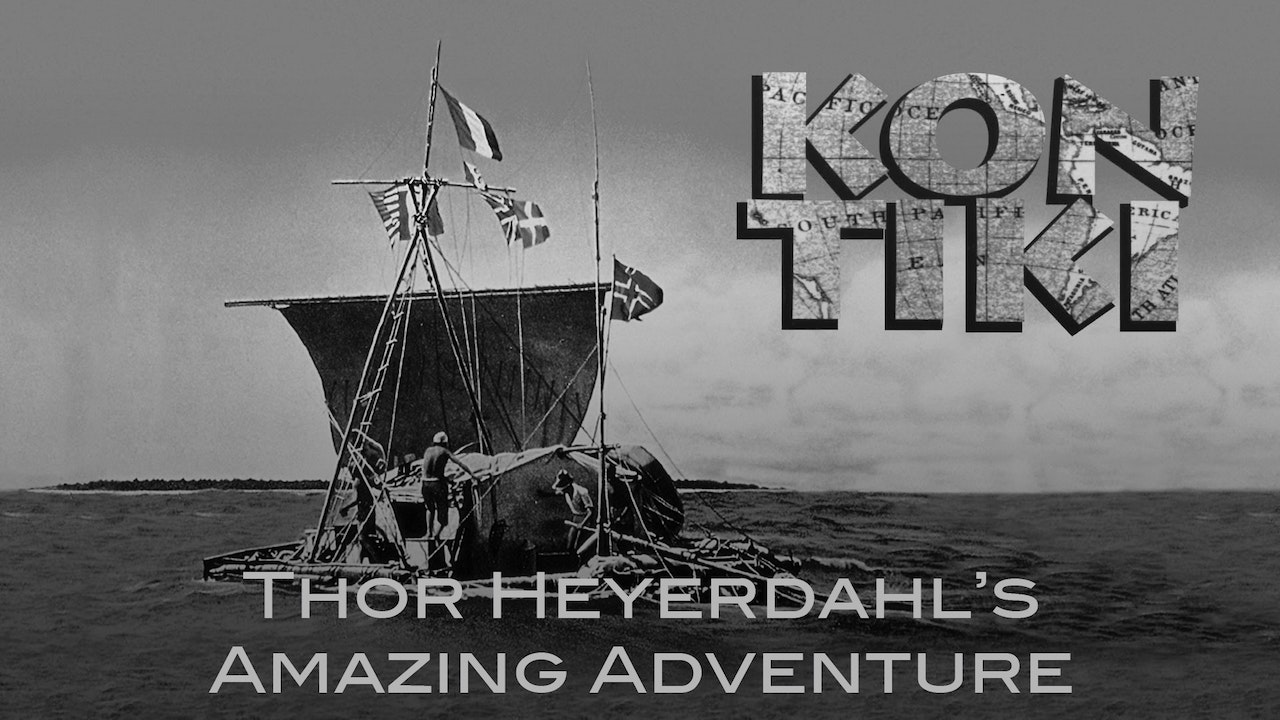