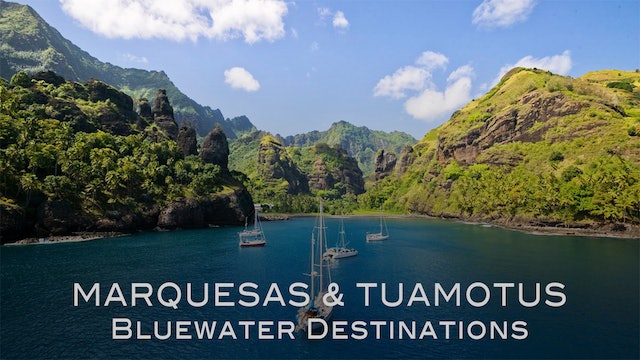 After crossing the south Pacific from the Galapagos Islands, join British sailor and circumnavigator, Michael Briant as he visits two exotic Polynesian island chains: the Marquesas and the Tuamotus.

Make your first landfall on Fatu-Hiva in the Marquesas, then explore Tahuata and Hiva-Oa. Visit the grave of French artist, Paul Gauguin. Take a tour with a local chief to archeological sites and learn about Polynesian history. Then sail on to the rarely visited island of Ua-Poa with its soaring rock spires and dramatic mountain waterfall.

Next sail north to Nuku-Hiva, the most sophisticated and modern of all the Marquesas Islands, and the chain's cultural and administrative center. The island still retains a laid back island lifestyle with many beautiful anchorages, and includes a wealth of ancient stone carvings and ruins. Herman Melville choose a village on Nuku-Hiva, where he jumped ship in 1842, as the setting for his first novel, Typee.

Finally sail north to the Tuamotus with their 78 atolls, many low-lying with dangerous with tricky channel entrances. A less fertile chain, the Tuamotus have less population. On Rangiroa, which hosts some exclusive and expensive vacation spots, get a close up look at the lucrative black pearl industry. 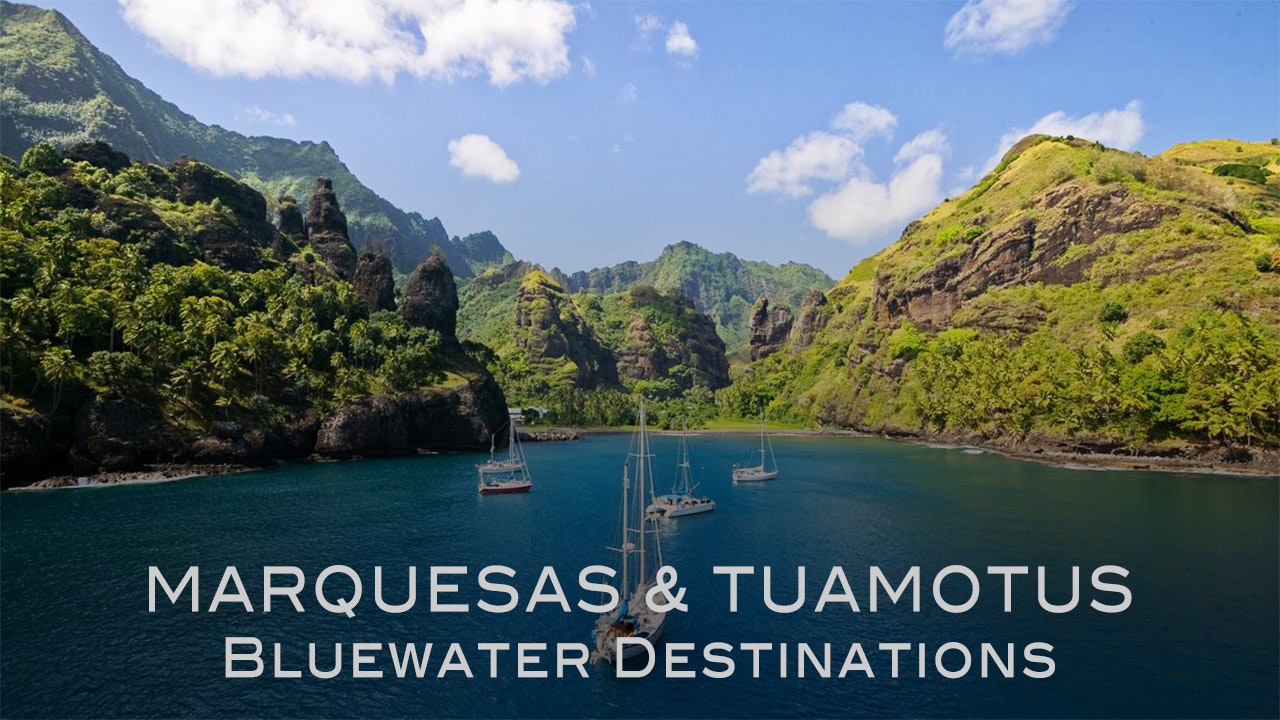